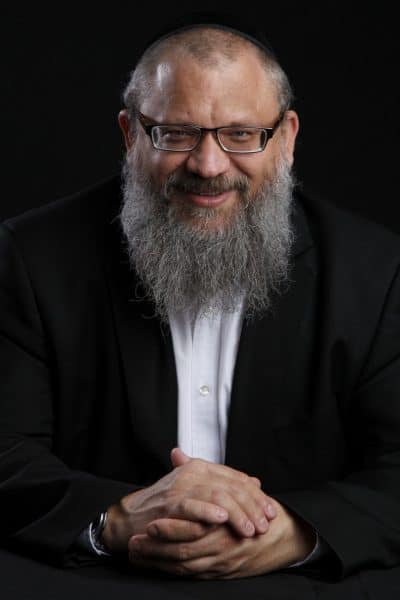 Rabbi Tzadok Cable is originally from Miami, Florida. Living in Israel since 1992, he has spent the last twenty-four years immersed in learning, self-development, and teaching. First learning the classic Mir Yeshiva derech ha-limud from Rav Yitzchak Berkowitz, shlita, and Rav Daniel Spetner, shlita, Rabbi Cable was later greatly influenced by Rav Noach Weinberg, zt"l, who opened him up to the world of outreach, inspired him to take responsibility for Klal Yisrael, and infused him with a deep and genuine love for Hashem and the Jewish people.

Rabbi Cable served as the head of the Rabbinical Ordination Program at Yeshivas Aish Hatorah from 2001 to 2013. He has also served as rav and communal leader in Kehillas Bnei Torah in Beitar Ilit, as a senior lecturer at Tomer Devorah women’s seminary, as an educational mentor at Yeshivas Netsach for struggling youth, and as rabbinical adviser for the innovative Jewessence beginner women’s program. He is a respected public speaker and has shown unique capabilities in the area of leadership development.

An educator in practice, but really a passionate student at heart, Rabbi Cable has forged key relationships with some of the greatest Jewish leaders and Torah luminaries of the generation, among them Rav Noach Weinberg, zt”l, Rav Yitzchak Berkowitz, shlita, Rav Zalman Nechemia Goldberg, shlita, Rav Yirmiyahu Kaganoff, shlita, Rav Yonason Berger, shlita, and Rav Daniel Spetner, shlita. These relationships were each crucial and tremendously formative in Rabbi Cable’s own personal development and in the formation of his principles and understanding of Jewish education and leadership.

Be the first to review “Constants: 6 Mitzvos You Can Always Do” Cancel reply
×