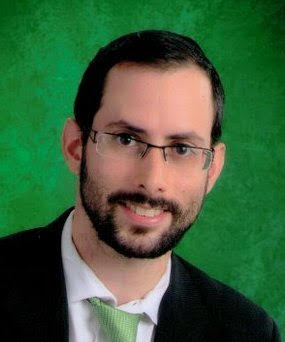 Rabbi Sender Haber is the Rabbi of the B'nai Israel Congregation in Norfolk, VA. He is well-known throughout Hampton Roads, having arrived over fifteen years ago as one of the original four members of the Norfolk Area Community Kollel. In that capacity, Rabbi Haber was involved in community-wide programming, teaching, and outreach. He has inspired many Jews to expand their Jewish identity and increase their love of Torah and commitment to its observance. Everyone who knows Rabbi Haber is touched by his breadth of Torah knowledge and his ability to convey the wisdom of the ages in such a way as to make those esoteric writings accessible to persons of all levels of experience and a variety of backgrounds.

Rabbi Haber has served in a number of capacities during his years in Norfolk. Since 2003, Rabbi Haber has been a teacher of Jewish Studies at Toras Chaim Day School in Portsmouth, teaching boys and girls of all ages, with a focus on Gemara, Halacha, and Chumash. He has also taught at Yeshivas Aish Kodesh and Bina High School in Norfolk, and served as Assistant Rabbi of B’nai Israel for 6 years. He also serves as the Rabbi of the “Lost Tribe,” Tidewater’s Jewish Motorcycle group! While handling all of these responsibilities, he has continued to participate in numerous chavrusas (one-on-one learning partnerships) covering a wide range of topics and writings.

Rabbi Haber and his wife Chamie have been married for sixteen years. They have five children, Minna, Moshe, Ely, Akiva Meir and Chava. They both come from rabbinic families steeped in Torah, kiruv, and chessed. Rabbi Haber received his Rabbinic Ordination (Yoreh Yoreh) from Rabbi Sender Rosenbloom and Rabbi Mordechai Freidlander of the Jerusalem Beth Din. He was awarded a Teaching Certificate by Torah Umesorah Association for Jewish Day Schools in 2004 and again in 2009. In addition, Rabbi Haber has spent over a decade studying Talmud, Jewish Law, and ethics in some of the world’s most prestigious Yeshivos including Beth Medrash Gavoha in Lakewood, NJ and Yeshivas Mir in Jerusalem.

Rabbi Haber can be contacted through the Synagogue office at 757-627-7358, or through e-mail at [email protected]

Be the first to review “Mosaica Haggadah” Cancel reply
×