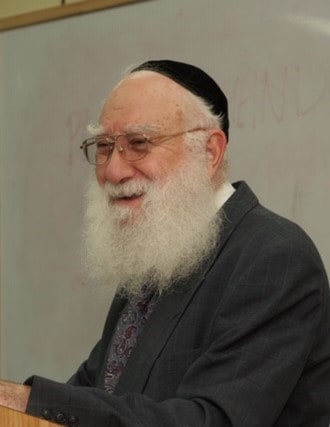 Rav Yehuda Copperman, zt”l, Founder and President of Michlalah institutions until his passing on 23 Shevat, 5776, was a remarkable combination of talmid chacham, scholar, visionary, builder, educator, author, and role model, standing at the helm of Michlalah-Jerusalem College for more than half a century.

With his motto of “תנו כבוד לחינוך הבת,” against all odds he established Michlalah to be a bastion of Torah study for dedicated Israeli women whose yiras Shamayim was the foundation for their wisdom. With extraordinary growth, Michlalah became the first Torah school in Israel, and perhaps in the world, to combine excellence in Torah and academically accredited general studies without any compromise in Yiddishkeit. Together with its flagship Israeli program, sections for foreign students from English-speaking countries, French-speaking countries, and from the Southern Hemisphere were founded over the decades. Thousands of alumni have taken their place throughout the world making a profound difference wherever they are found.

Rav Copperman was a scholar of Torah par excellence and he dedicated his scholarship wholeheartedly promoting the principle of Torah min haShamayim, that the Ribbono Shel Olam gave the Torah in its entirety to Moshe Rabbeinu. His many writings include breakthrough monographs on many sections of Torah and his seminal works on Pshuto Shel Mikra are foundational treatises. Not least at all was the unique personality that Rav Copperman possessed — care and concern for all and superb guidance for the many who sought his counsel.

Be the first to review “Pshuto Shel Mikra” Cancel reply
×