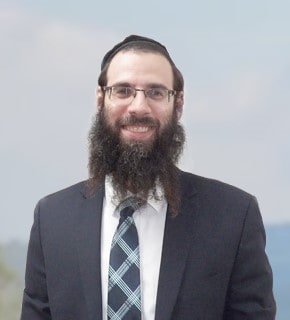 Rabbi Yaakov Lubin is the co-founder and director of The Jewish Center for Science, which is dedicated to creating educational resources that show how the wonders of science and nature are truly the wonders of Hashem. Rabbi Lubin is the author of Fundamentals of Life Science, a Torah-based middle-school textbook for Jewish schools. It is the first volume in a series of textbooks called Niflaos HaBoreh Explorer, which present the sciences as the handiwork of Hashem while maintaining the highest level of secular education. He also gives a spectacular multimedia presentation on niflaos haBoreh called “Barchi Nafshi,” which has been enjoyed by numerous middle schools, high schools, shuls, and nursing homes.

Be the first to review “The Wonders of Creation” Cancel reply
×