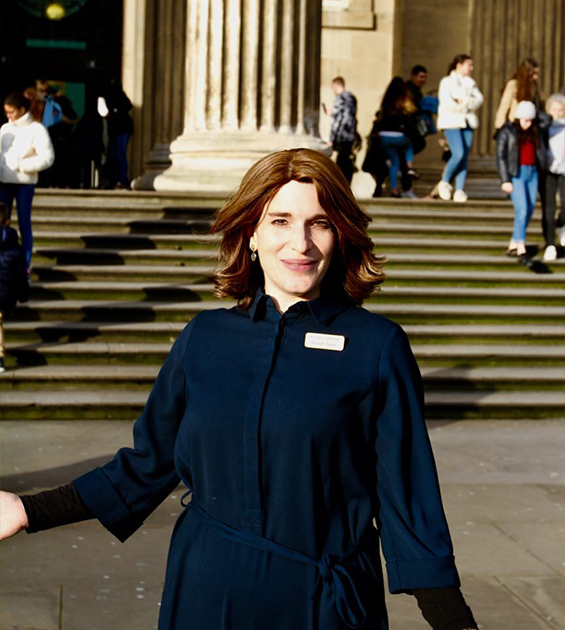 Rebbetzin Shoshana Tugendhaft grew up in a Rabbinic home in London and went on to marry Rabbi Dovid Tugendhaft, Rov of the Beis Hamedrash Nishmas Yisroel, London. She studied at the Michlalah in Jerusalem for two years and later achieved an undergraduate degree in History (BA hist. hons).

While bringing up her children, she continued to give shiurim to women and to high school girls, both within institutions and on a private basis. These covered a range of topics from Chumash to Pirkei Avos, Halacha and Philosophy. She teaches Kallah classes and Bas Mitzvah classes as part of her communal responsibilities but is known for her passion for teaching Jewish History. To this end she has developed her business of conducting private tours of the British Museum in London, a world renowned museum of civilizations. In her capacity as a tour guide she takes Shul groups, school groups, tourists and families around the museum to learn about their heritage in an exciting and dramatic environment. She uses her research into archaeology to bring her Nach classes to life, both in Beis Yaakov where she teaches and for her adult interest groups. Some of her shiurim can be found on TorahAnytime.com and a tour at the museum can be booked via her website www.tenachtours.com. Rebbetzin Tugendhaft can also be hired to give virtual tours of the museum on Zoom and can be contacted via email at [email protected]

Be the first to review “Exploring Perek Shirah” Cancel reply
×